On July 11 and 12, Cristina was in Santiago de Compostela recording Octavio Vázquez’s bagpipe concerto with the Real Filharmonía de Galicia, conducted by Paul Daniel. The piece, “Widows of the Living and of the Dead”, is an homage to Galician women and was commissioned by Cristina Pato in 2014 as part of her groundbreaking Gaita and Orchestra Commissioning Project, partially supported by New Music USA. The recording will be part of the Real Filharmonía de Galicia next album, featuring pieces by contemporary Galician composers.

Next stop with this piece: US Premiere at Chautauqua Institution with the Chautauqua Symphony Orchestra, on August 9th. 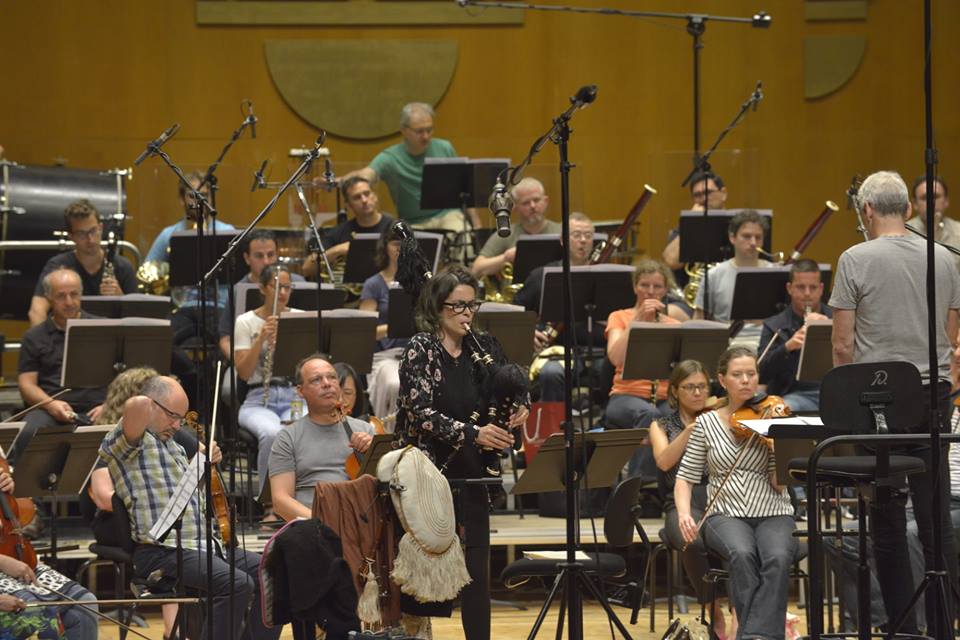 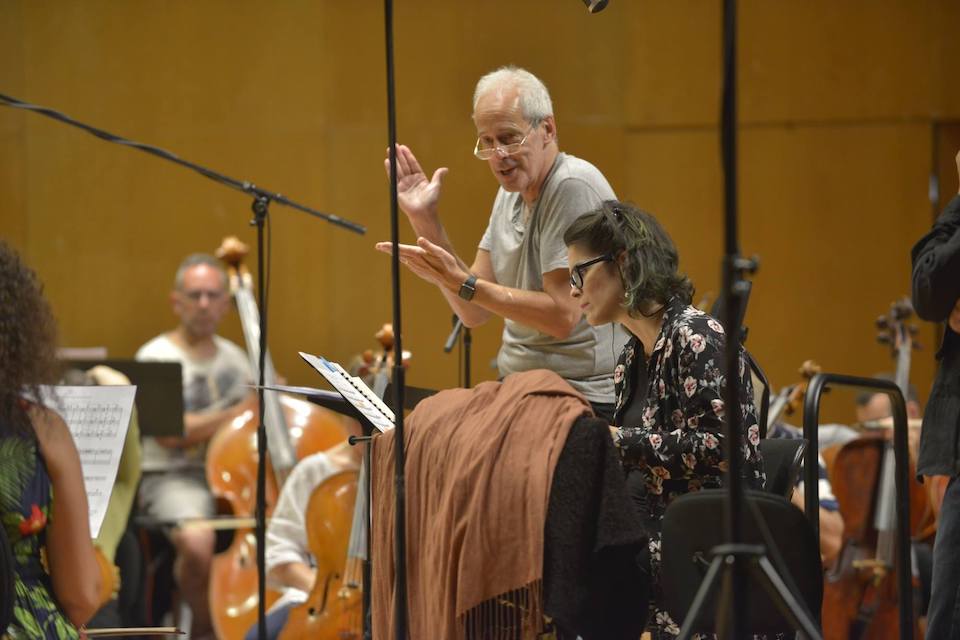 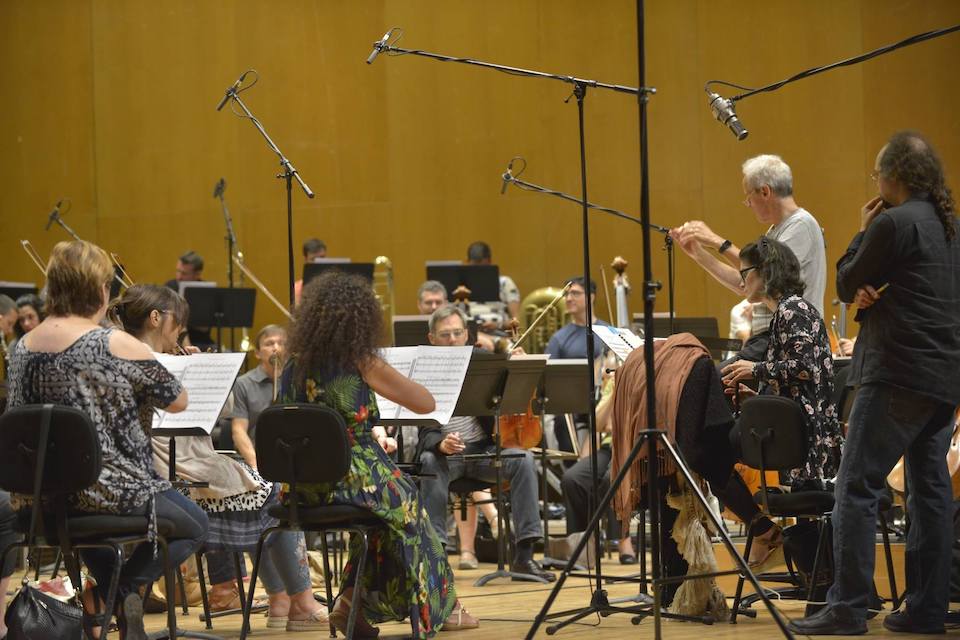 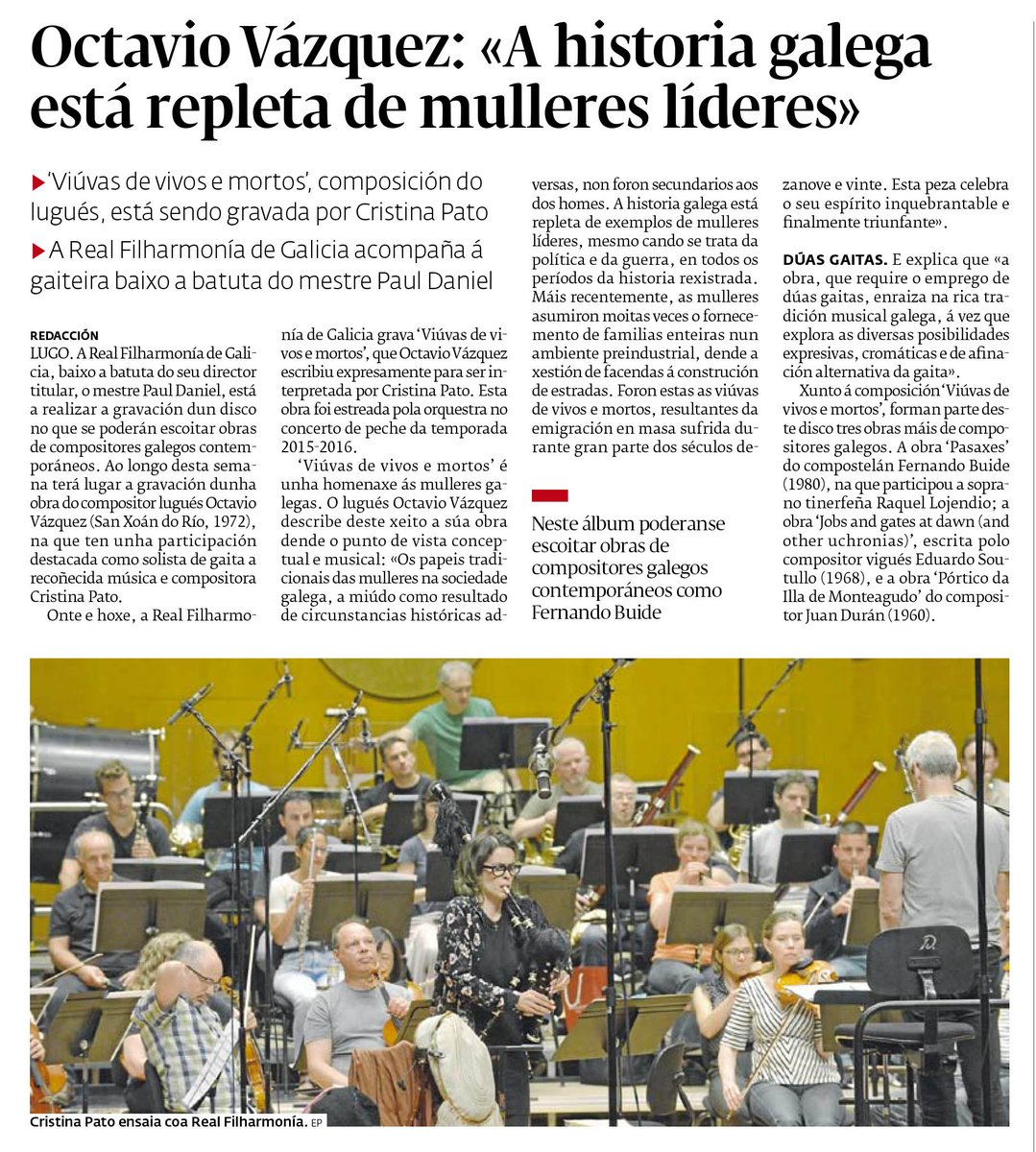 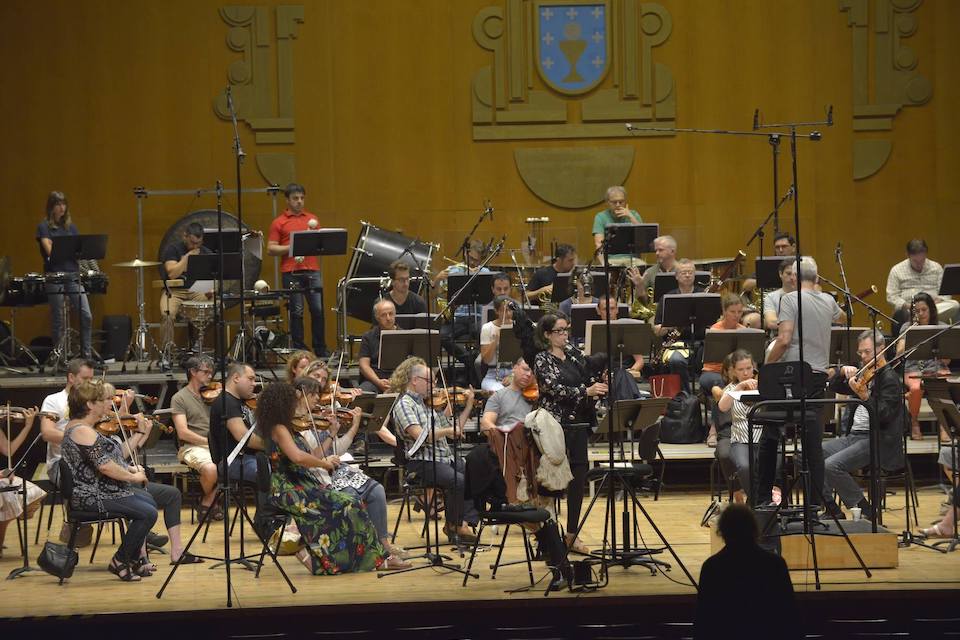 In other news, Cristina was featured in one of the last episodes of the NPR science podcast Hidden Brain. The podcast, hosted by Shankar Vedantam has won numerous awards, including a Webby and a Kavli Science Journalism Award from the American Association for the Advancement of Science. In this episode, Cristina talks about the edge efect, and how it applies to intercultural exchange and creativity. Have a listen: