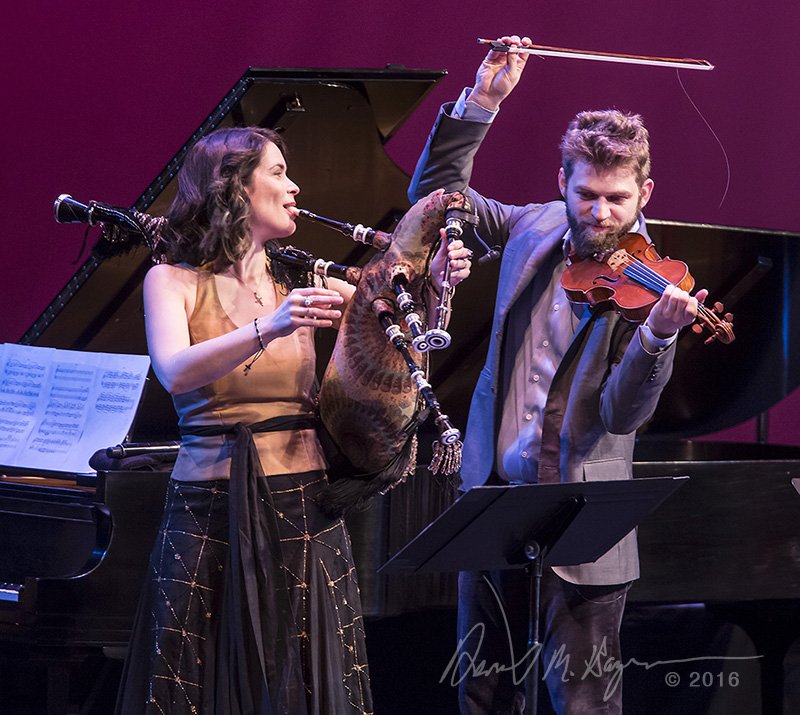 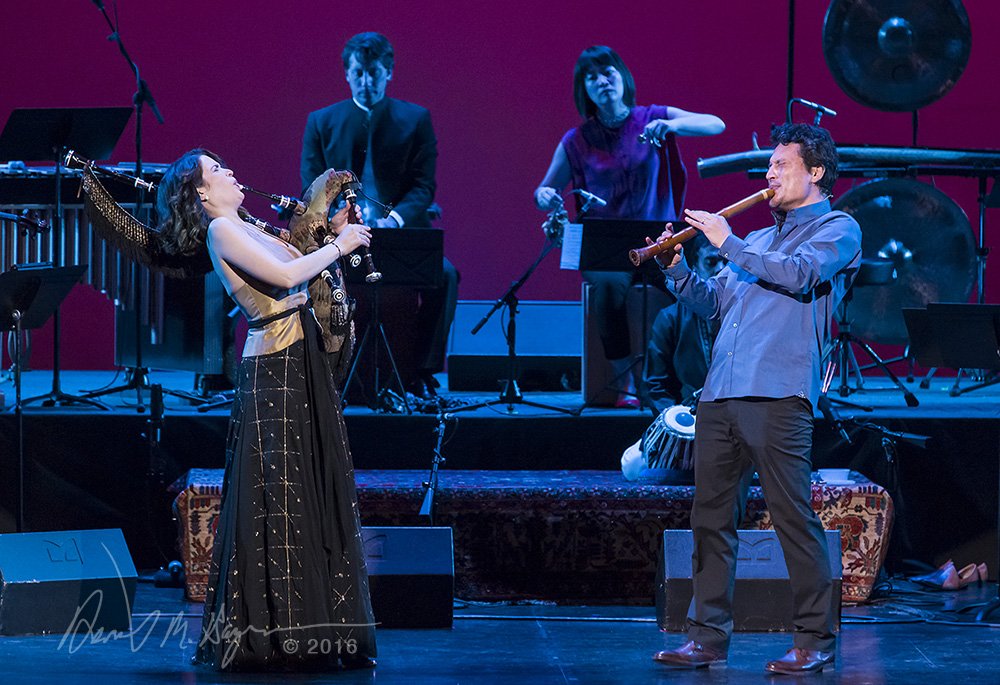 The Silk Road USA Tour that has led the ensemble to several cities of the USA West Coast has been a wild success. With sold-out concerts in pretty much all the venues they performed in, they have received rave reviews from the critics. The concerts featured The Latina 6/8 Suite, the piece commissioned by Cristina for her album Latina, as well as the piece Vojo, by Cristina and Kojiro Umezaki. Here’s what some of the reviews had to say:

Then she burst into a song, filling the theatre with the high-pitched screams of her bagpipe as she swayed her hips and danced around the stage

One of the most all-embracing pieces was “The Latina 6/8 Suite,” a commissioned work based on an idea from Pato, who introduced it from the stage Saturday. The piece uses different dance idioms with a 6/8 meter in common.(…)Pato’s hearty sense of building excitement into her solos, her brightly flowering melodies and acute rhythmic knack added up to a reliable source of pleasure in Silk Road’s presentation.

In parallel to the performances part of the tour, Cristina, as the Ensemble Educational Advisor, took part together with Shane Shanahan and under the leadership of Lori Taylor in several educational activities with the University of California in Santa Barbara, including lectures and workshops on the diversity of cultural traditions of the Silk Road, in collaboration with the Department of Music and the College of Creative Studies of the UCSB.

They also collaborated with the University of Stanford, where they carried out an outreach program with over 600 students of elementary school.