Musician, writer, educator and producer, Cristina Pato has been hailed as “a virtuosic burst of energy” by The New York Times. Her professional career is focused on exploring the role of the arts in society through teaching and producing. Full bio

During her professional career as a musician, Cristina Pato has published six gaita recordings and two as a pianist. She has also collaborated as a guest artist on various albums, including the Grammy Award winners Yo-Yo Ma and Friends: Songs of Joy and Peace (SONY BMG 2008) and Sing me Home: Yo-Yo Ma & Silk Road Ensemble (SONY Masterworks, 2016), the jazz album (Miles Davis tribute) Miles Español: New Sketches of Spain (Entertainment One Music, 2011), and the documentary film The Music of Strangers: Yo-Yo Ma & The Silk Road Ensemble  (HBO, 2015), directed by Morgan Neville.

Since 1999, her musical and cultural interests lead her to collaborate with world music, jazz, classical and experimental artists, including her mentor Yo-Yo Ma, Chicago Symphony and New York Philharmonic, Osvaldo Golijov, Arturo O’Farrill, and dancers Damian Woetzel and Lil’ Buck. Cristina’s unique and powerful style has been acclaimed in numerous occasions by The New York Times andpraised by The Wall Street Journal and Downbeat Magazine.

During her prolific career as a performer, she led the Cristina Pato QUARTET (USA), the Cristina Pato GALICIAN TRIO (Europe), and co-created the SOAS Duet (with singer Rosa Cedrón) and the Invisible(s) Project (with Mazz Swift). Apart from commissioning more than a dozen works for Galician bagpipe and different ensembles, including the concerto for Gaita and orchestra “Widows of the Living and of the Dead” composed by Octavio Vázquez and recorded by Real Filharmonía de Galicia in 2018 (Odradek Records, 2021).

Cristina has collaborated with the Silkroad Project, the organization founded by Yo-Yo Ma, since 2006. With the Silkroad Ensemble (2006-2020) she has toured China, Korea, Australia, United Arab Emirates, New Zealand, Europe and the USA, performing in iconic stages such as Carnegie Hall, Hollywood Bowl or China’s National Center for the Performing Arts. With Silkroad she has also served as Learning Advisor (2014-2019) collaborating closely in planning residencies and learning activities, including the multi-year partnership with Harvard University, serving also as faculty member for The Arts and Passion-Driven Learning Summer Institute for artists and educators, designed in collaboration with the Harvard Graduate School of Education. 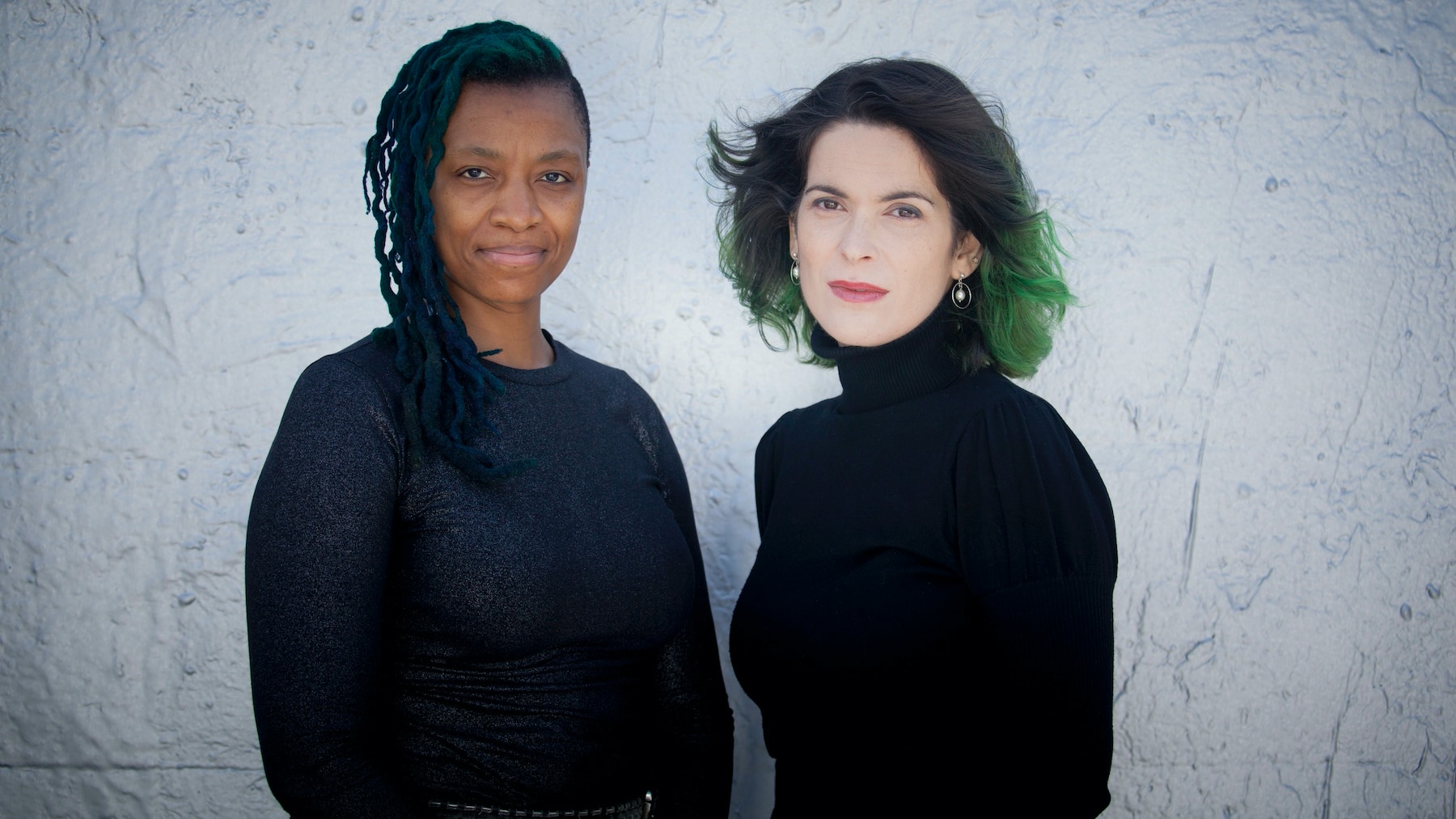 Invisible(s) was a project developed by Cristina Pato in collaboration with violinist and composer Mazz Swift for the 2019-2020 season. Invisible(s) featured an amazing combination of stories and music, with compositions by Cristina and Mazz and four new pieces by Michi Wiancko, Alisa Rose, Dana Lyn and Octavio Vázquez, commissioned by Cristina specifically for this project. 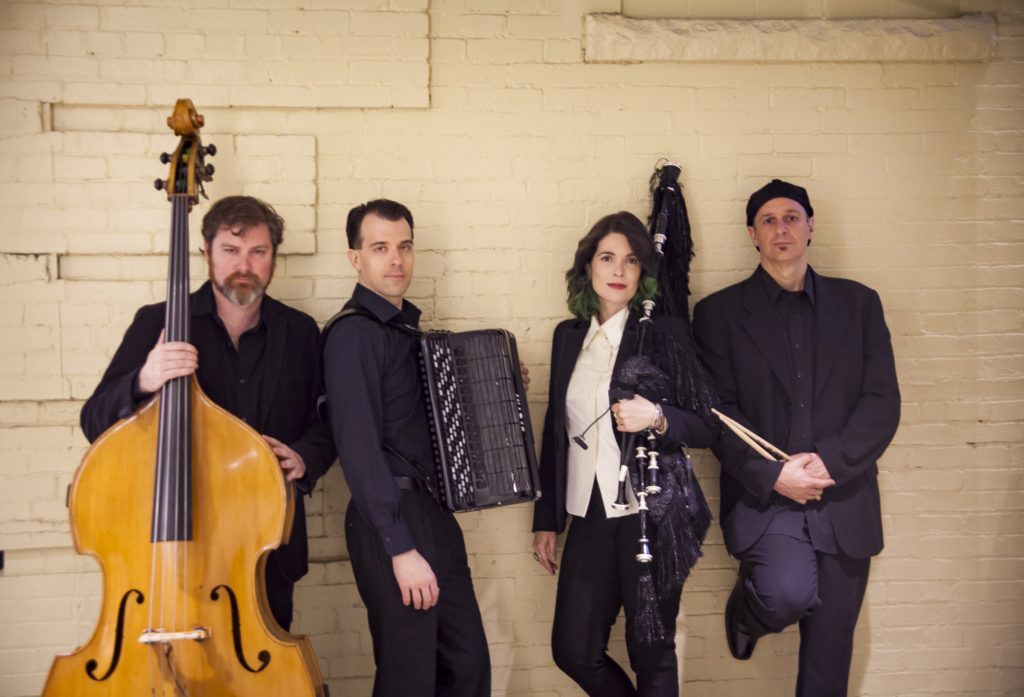 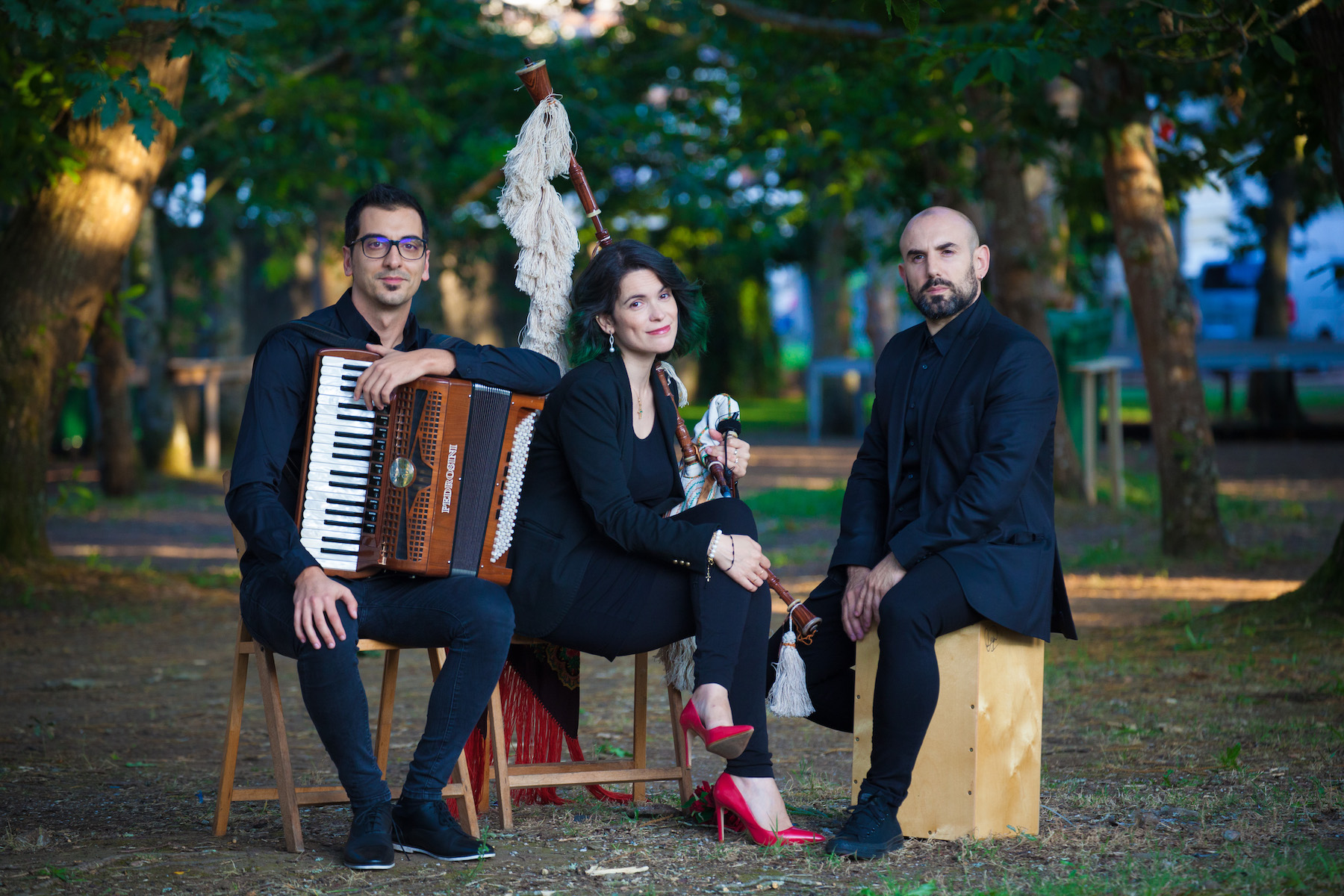 Cristina’s Galician Trio (2015-2021) explored the connections between Galician music, jazz and contemporary music through the experience of the versatile Galician musicians and arrangers Roberto Comesaña (accordion) and Miguel Cabana (percussion). A fascinating format that celebrated the diversity of 21st century Galician music.

Yo-Yo Ma conceived Silkroad in 1998 as a reminder that even as rapid globalization resulted in division, it brought extraordinary possibilities for working together. He brought together musicians from the lands of the Silk Road to co-create a new artistic idiom, a musical language founded in difference, a metaphor for the benefits of a more connected world.

Cristina has collaborated with Silkroad since 2006.

Cristina has commissioned more than a dozen works for Galician bagpipe and different ensembles, including the concerto for Gaita and orchestra “Widows of the Living and of the Dead” composed by Octavio Vázquez and recorded by Real Filharmonía de Galicia in 2018 (Odradek Records, 2021). 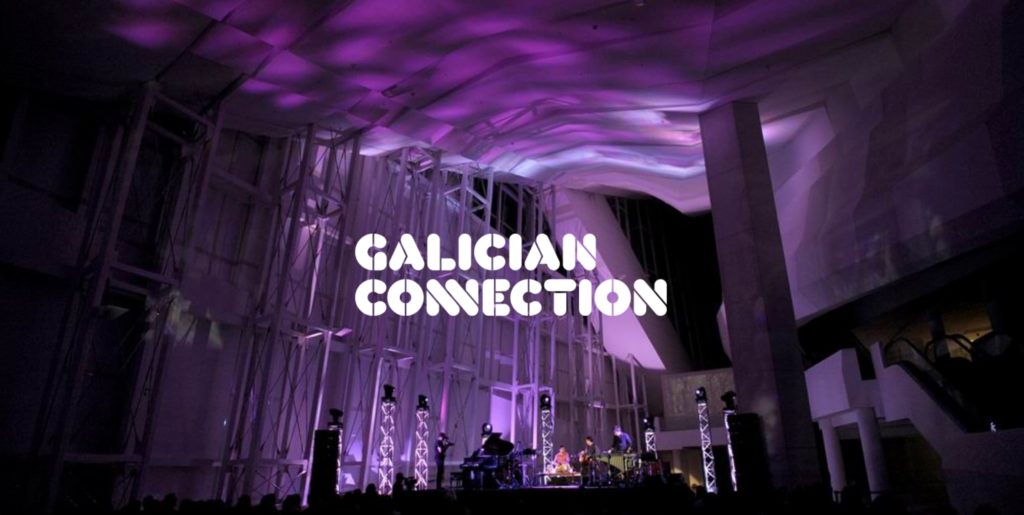 As an independent producer, Cristina specializes in events and projects developed at the intersection between art and society, including the ESENCIAIS 20/50 initiative (in collaboration with CUNDE and Xaime Fandiño), The Galician Connection Festival, and two days of culture in action for Yo-Yo Ma’s global Bach Project.